Under the latticed arbour, he knelt in the snow with a little opened box, waiting for the plan to work. With the help of friends and family, Kai had figured out a way to hide the fact that he had flown across the world, been driven to her house, and was kneeling in a Canadian winter, waiting for Hannah to buy the excuse her mother had sold in order for her to open the back door and to find  him kneeling there.  After a slight delay, she did find him, and Kai said the words she had been waiting to hear,  but seeing him in Canada, in the snow made her freeze. She could hardly process that he was in Canada and not Malaysia, let alone realize he was asking her to be his wife.  His knee sunk into the snow a little more as her smile grew with his, and he breathed a sigh of relief when she wordlessly put the ring on her finger – the plan was a success.

Almost a year later, Hannah readied to say yes to Kai again in front of friends and family and make the promise that no matter what, and no matter where, they would go through life together.

The beaded bodice of her dress was stunning, her hair piece perfect, the atmosphere in the room as the girls got ready was happy and calm.  When seeing the rain outside the window, Hannah joked and said that a protest and water cannons had threatened her Malaysian wedding plans, a bit of rain was nothing on her Canadian wedding day.   That same attitude and smile held, nothing could hinder her or Kai’s happiness on this day.

Hannah and Kai, it was a joy to spend the day with you and your families.  You two are perfect together, and I can’t wait for you to see all of your wedding images!! 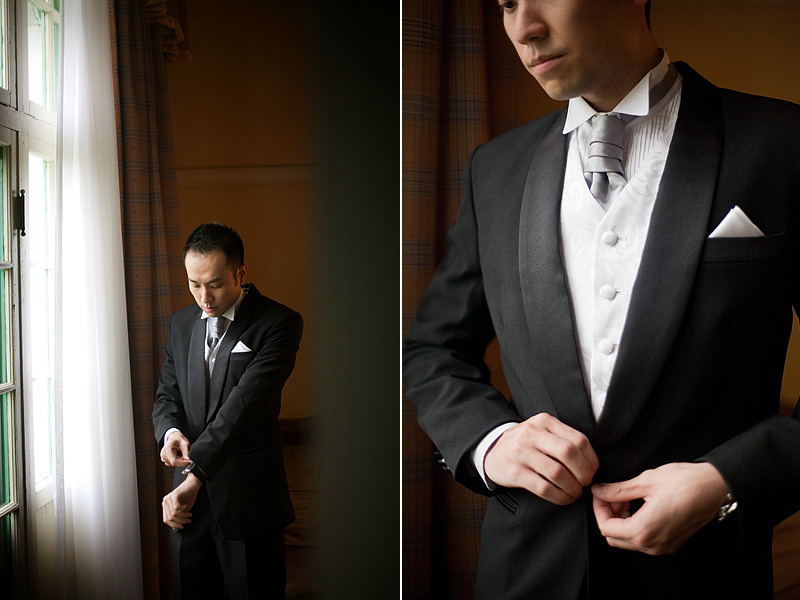 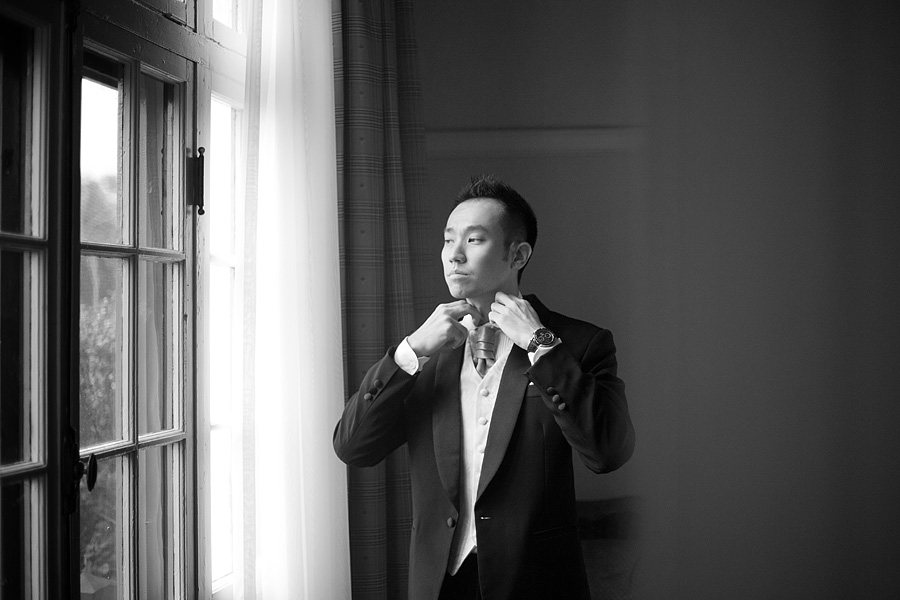